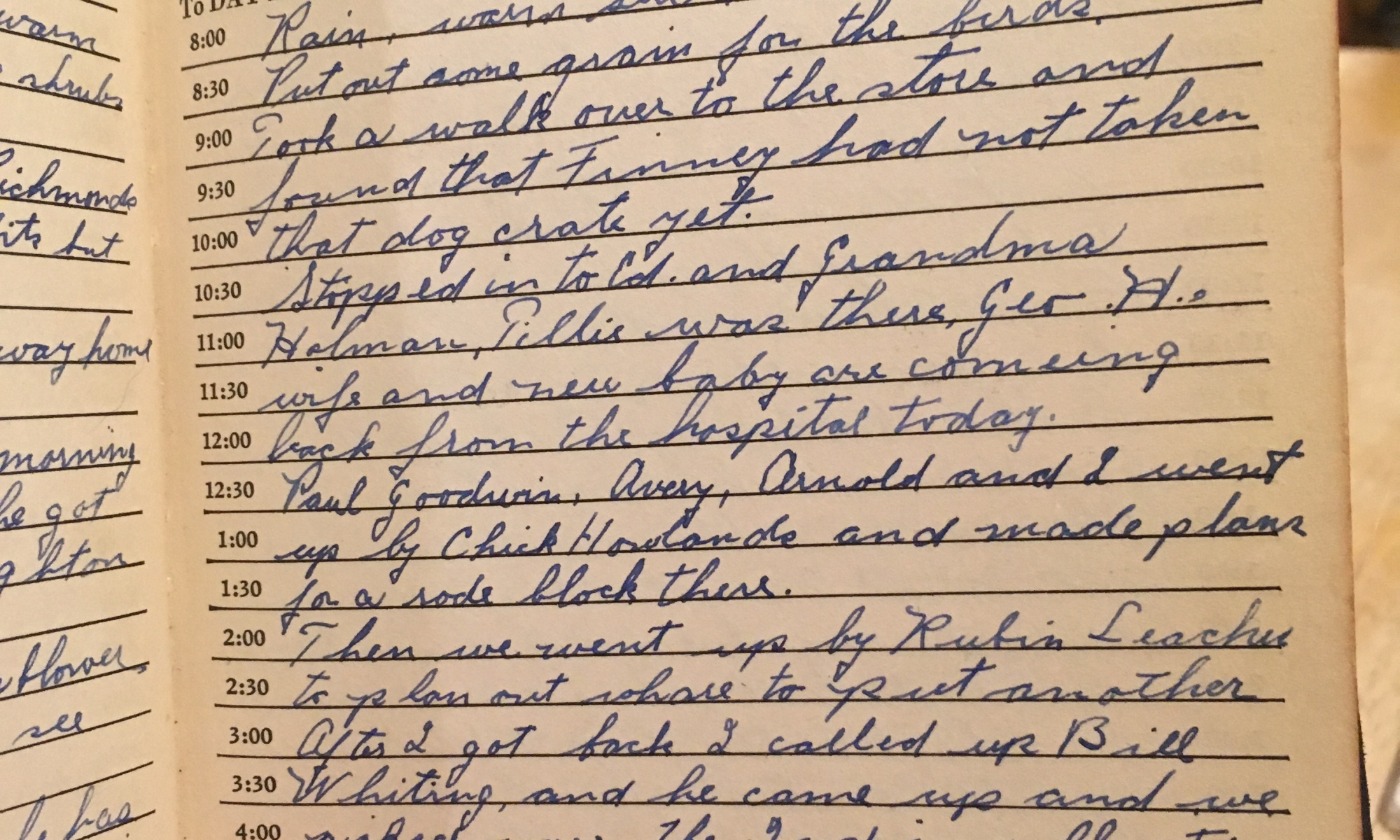 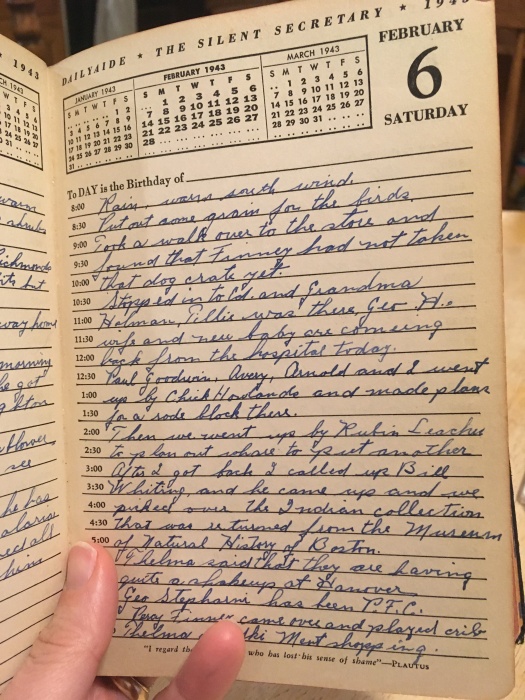 Put out some grain for the birds.

Took a walk over to the store and found that Finney had not taken that dog crate yet.

Stopped in to Ed and Grandma Holman, Tillie was there, Geo H.’s wife and new baby are coming back from the hospital today.

Paul Goodwin, Avery, Arnold, and I went up by Chick Howland’s and made plans for a road block there.

Then we went up by Rubin Leaches to plan out where to put another.

After I got back I called up Bill Whiting and he came up and we picked over the Indian collection that was returned from the Museum of Natural History of Boston.

Thelma said that they are having quite a shakeup at Hanover.

Geo Stephani has been P.F.C.

Percy Finney came over and played crib with Thelma and Ski went shopping.

“I regard that man as lost who has lost his sense of shame.” Plautus