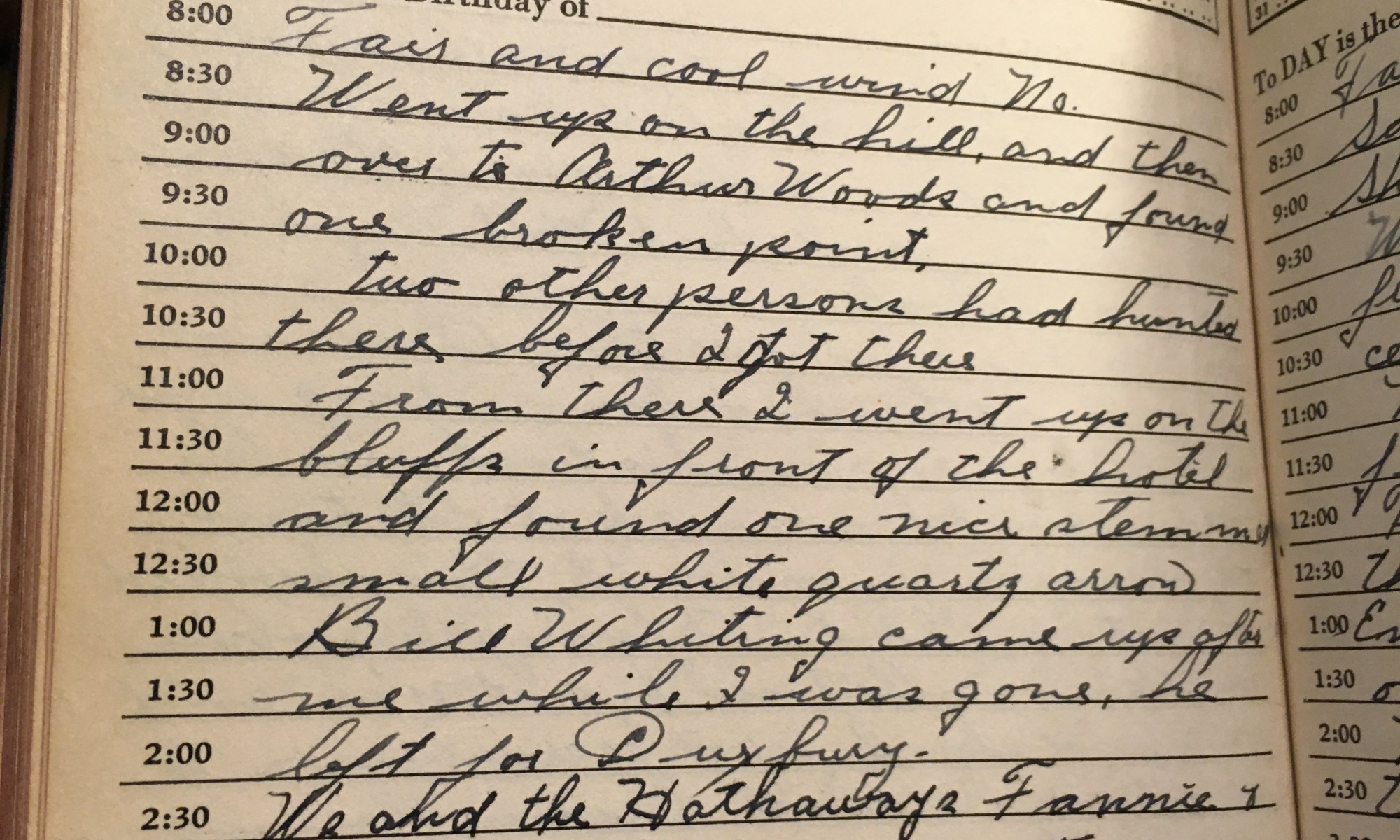 ToDay is the Birthday of

Fair and cool, wind No.

Went up on the hill, and then over to Arthur Woods and found one broken point.

Two other persons had hunted there before I got there.

From there I went up on the bluffs in front of the hotel and found one nice stemmed small white quartz arrow.

Bill Whiting came up after me while I was gone, he left for Duxbury.

We and the Hathaways, Fannie and Mr. & Mrs. Holman went down to the camp.

We put the boats the float and the outside furniture away for the winter.

Went up on the hill when I got back, they took both dogs.

Sky has broken off with Milt.

“The greatest of faults is to be conscious of none.” Carlyle