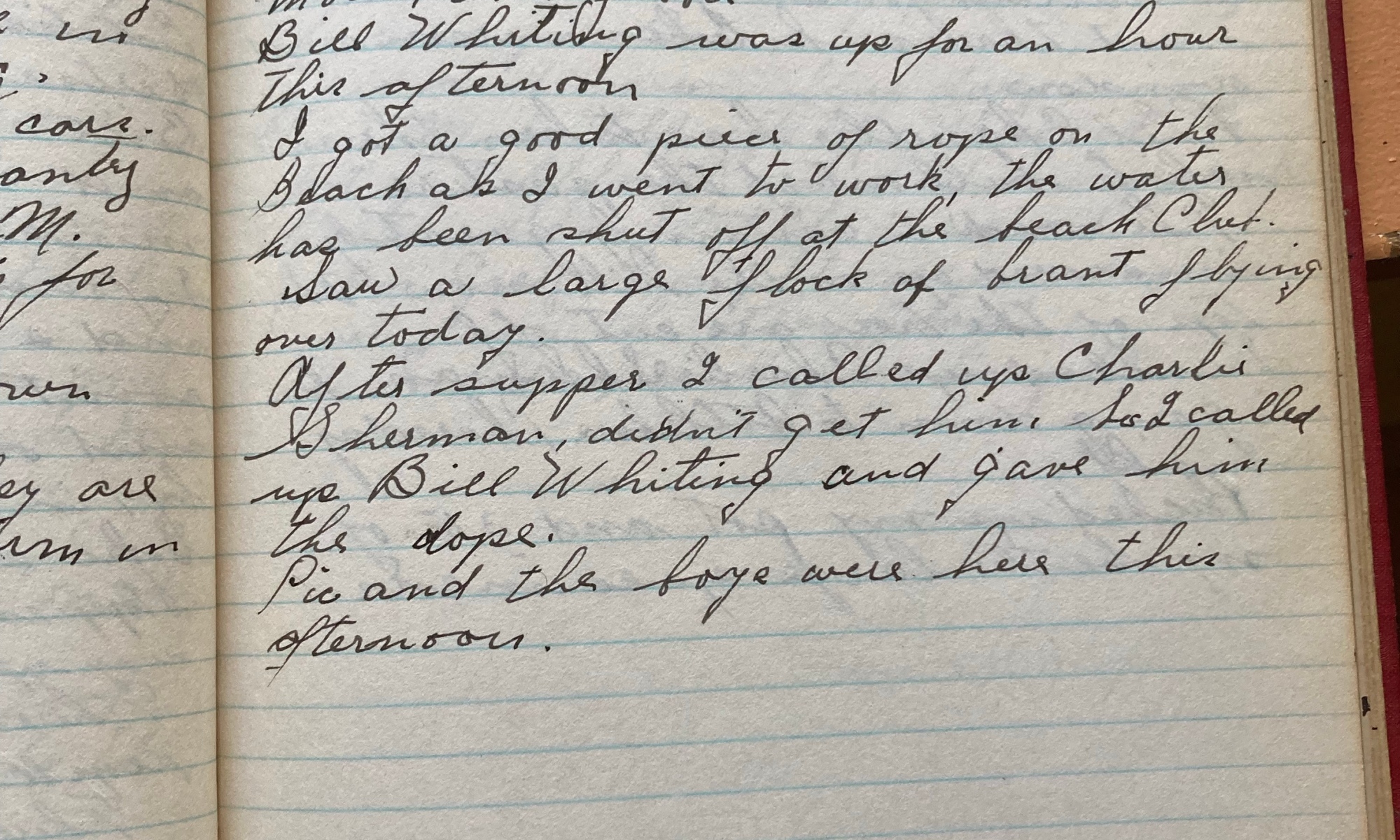 Cloudy in morning, fair in afternoon.

Mr H came back from Martha’s Vineyard at 11-30. He had two sailors with him he picked up at Woods Hole.

The tree men were here so was Fred Moon and Jubbie.

Bill Whiting was up for an hour this afternoon.

I got a good piece of rope on the beach as I went to work, the water has been shut off at the beach club.

Saw a large flock of brant flying over today.

After supper I called up Charlie Sherman, didn’t get him so I called up Bill Whiting and gave him the dope.

Pic and the boys were here this afternoon.