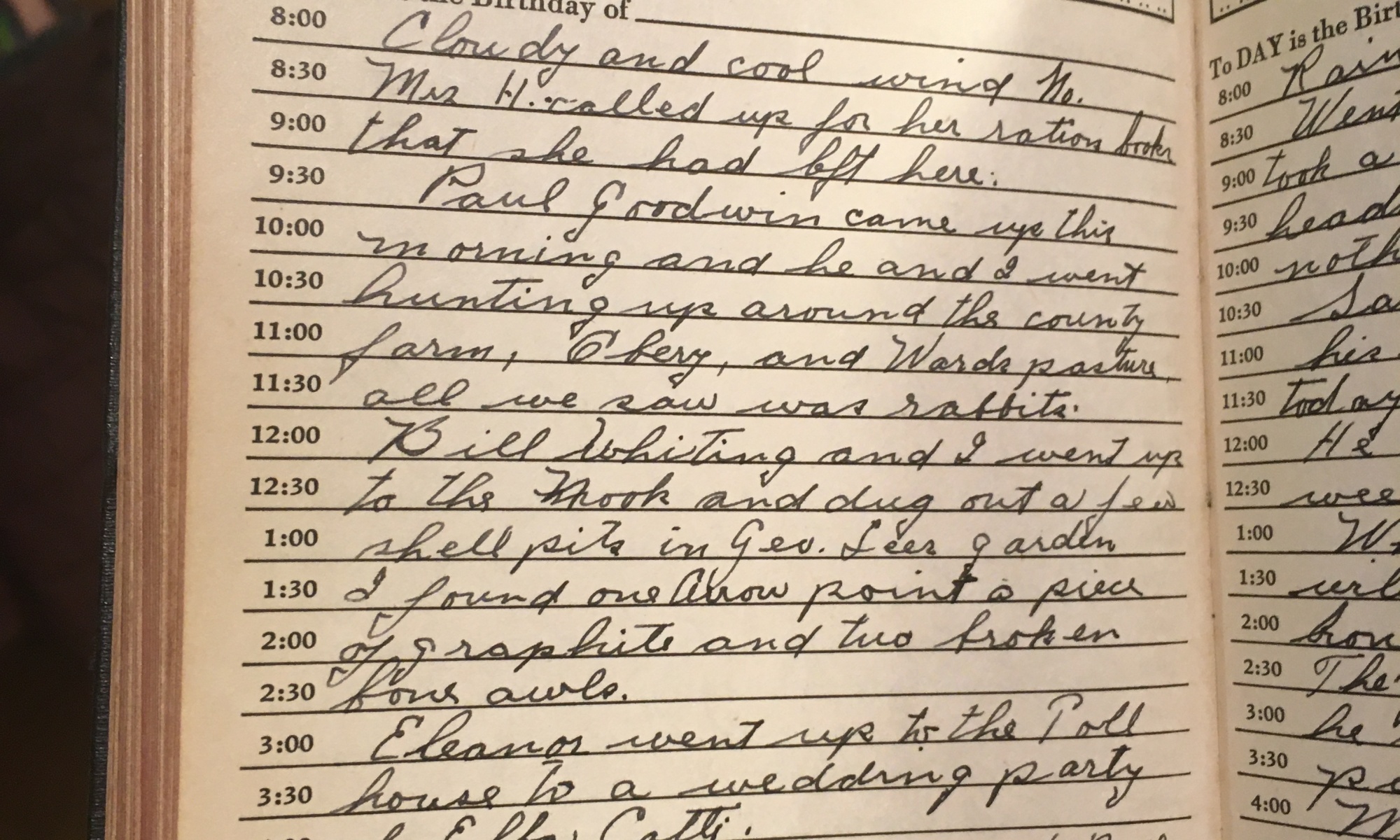 ToDay is the Birthday of

Cloudy and cool, wind No.

Mrs. H called up for her ration books that she had left here.

Paul Goodwin came up this morning and he and I went hunting up around the country farm, Obery, and Ward’s pasture. All we saw was rabbits.

Bill Whiting and I went up to the Nook and dug out a few shell pits in Geo. Lee’s garden. I found one arrow point a piece of graphite and two broken bone awls.

Eleanor went up to the Toll House to a wedding party for Elba Catti.

Thel and I went out to Bill Pierce’s to the Archaeology Meeting. We had a good meeting.

Bill has a large spear point that was in three parts that he found several months apart. It is a dandy.

“Nothing is so hard, but search will find it out.” Herrick