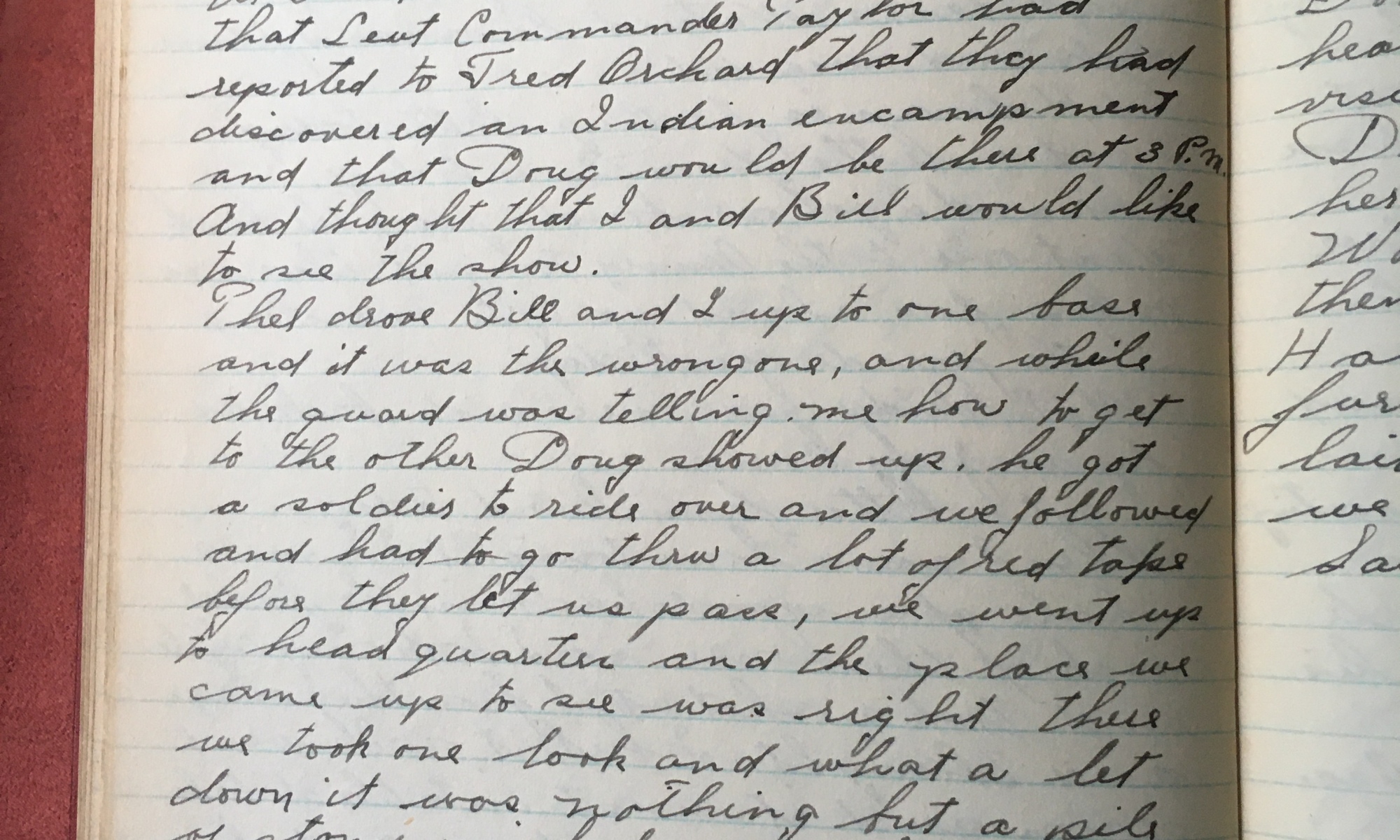 This morning the freezing unit was not working right, temp was 40.

Art Lee Hallet called me up and said that Leut Commander Taylor had reported to Fred Archard that they had discovered an Indian encampment and that Doug would be there at 3 PM. And thought that I and Bill would like to see the show.

Thel drove Bill and I up to one base and it was the wrong one, and while the guard was telling me how to get to the other Doug showed up. He got a solder to ride over and we followed and had to go thru a lot of red tape before they let us pass, we went up to headquarters and the place we came up to see was right there, we took one look and what a let down, it was nothing but a pile of stones picked up when plowing and thrown up on a big boulder.

We came right back and I went up on the hill and Mrs. H had got a refrigerator man to ook at our unit and said it would be allright for a couple of weeks.

Thel and I walked over to Picks.

The minister was in here tonight.