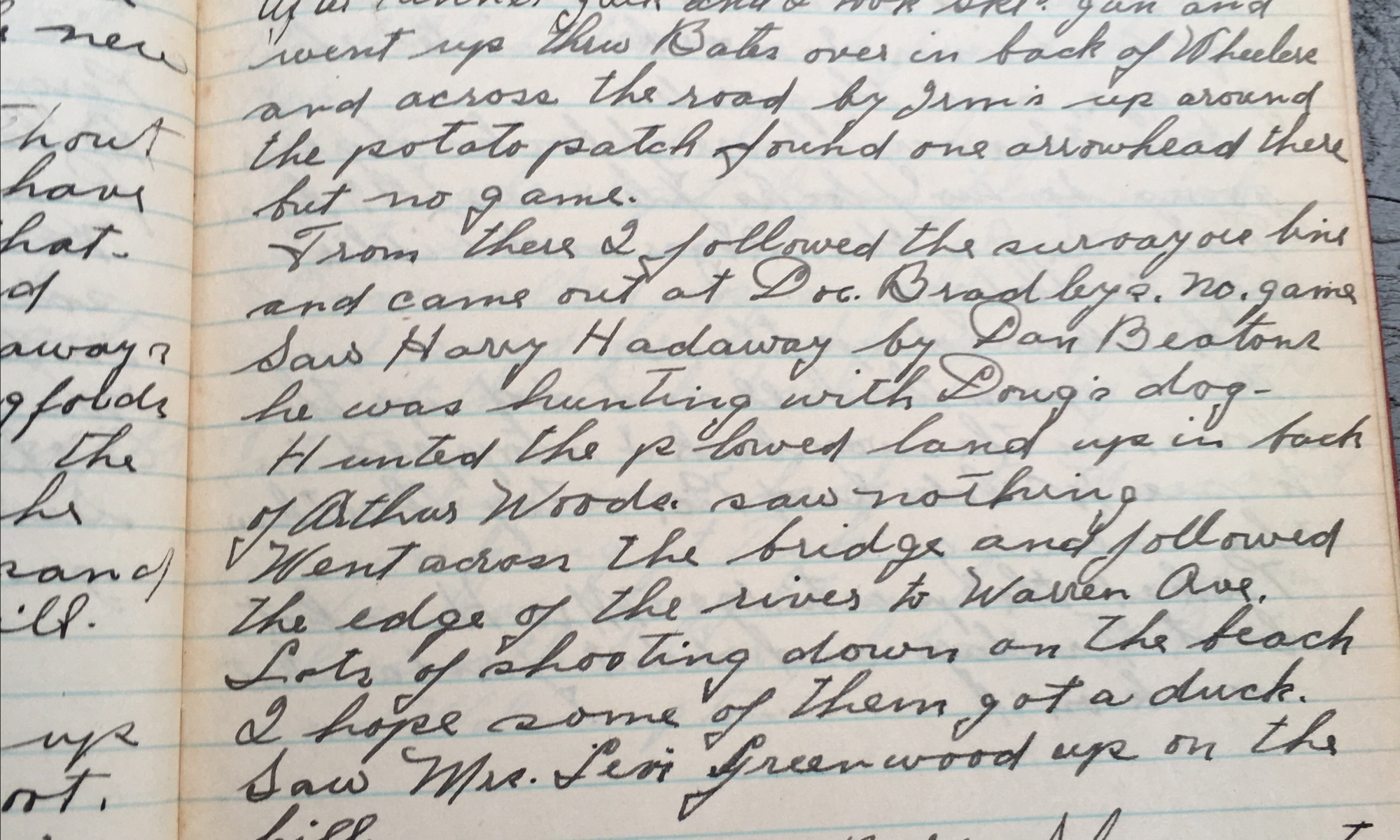 Mrs Greenwood is down on the hill.

Cleaned up my shanty.

Ski got four V mail letters all from Alex, the four made one long fine letter.

After dinner, Jack and I took Ski’s gun and went up thru Bates over in back of Wheelers and across the road by Irma’s up around the potato patch, found one arrowhead there but no game.

From there, I followed the surveyance line and came out at Doc Bradleys. No game.
Saw Harry Hadaway by Dan Beaton’s, he was hunting with Doug’s dog.

Hunted the plowed land up in back of Arthur Woods, Saw nothing.

Went across the bridge and followed the edge of the river to Warren Ave. Lots of shooting down on the beach.

I hope some of them got a duck.

Saw Mrs. Levi Greenwood up on the hill.

Thel took me up to Roddie Shermans M.A.S. monthly meeting.

We had a good meeting and Bill and Mrs Whiting gave me a ride home.