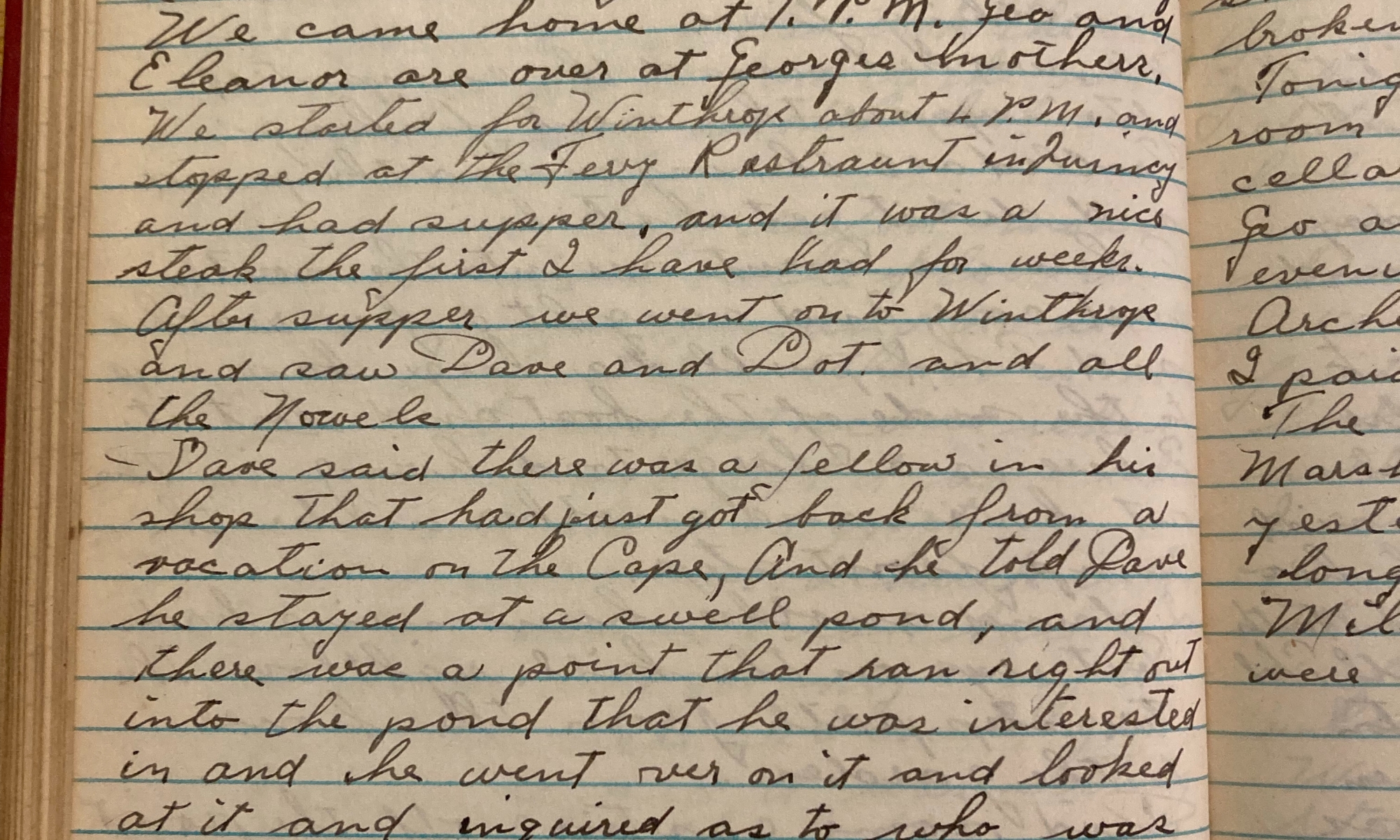 Showers this AM, saw Eben Shaw.

Did some more casting early after breakfast I went over to the Cove and caught four Crappies and 2 roaches. Then fished for Bass, no go.

We came home at 1 PM. Geo and Eleanor are over at George’s mothers.

We started for Winthrop about 4 PM and stopped at the Ferry Restaurant in Quincy and had supper and it was a nice steak, the first I have had for weeks.

After supper we went on to WInthrop and saw Dave and Dot and all the Nowells.

Dave said there was a fellow from a vacation on the Cape and he told Dave he stayed at a swell pond, and there was a point that ran right out into the pond that he was interested in and he went over on it and looked at it and inquired as to who was the owner of it and found that an old geezer had it all sewed up.

Dave said the Old Geezer is my father, then had a laugh.

We brought Davene home and got here about 11-30 PM.

Geo and Eleanor were still up we did Brain Twister till 12-30.