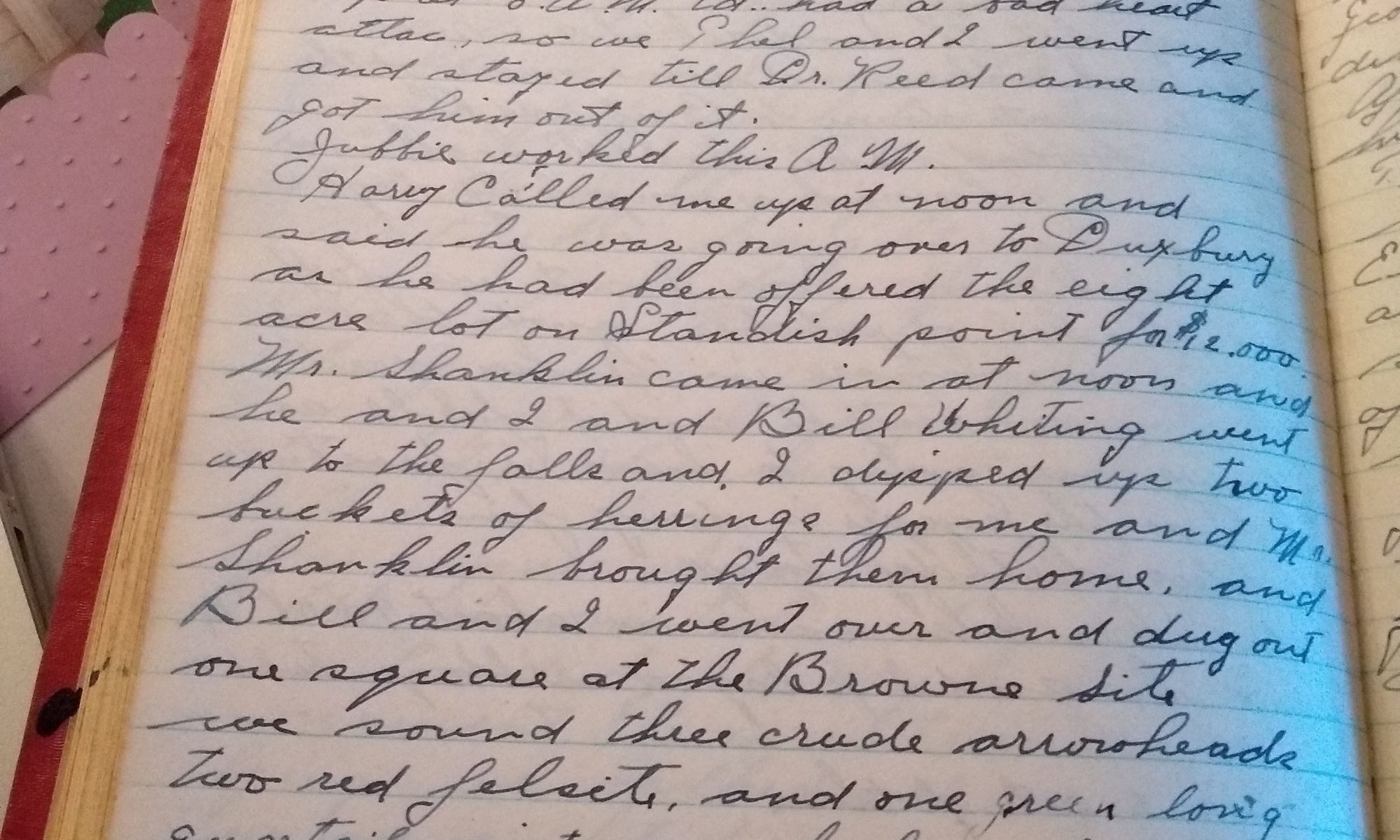 This morning Al Holman woke us up at 5 A.M.  Ed had a bad heart attack, so Thel and I went up and stayed till Dr. Reed came and got him out of it.

Harry called me up at noon and said he was going over to Duxbury as he had been offered the eight acre lot at Standish point for $12,000.

Mr. Shanklin came in at noon and he and I and Bill Whiting went up to the falls and I dipped up two buckets of herrings for me and Mr. Shanklin brought them home, and Bill and I went over and dug out one square at the Browne site.  We found three crude arrowheads, two red felsite and one green long quartzite point, several broken pieces and a number of pieces of pottery.

Mr. and Mrs. Shanklin and Richalene were here for supper.  We had steamed clams and herring.