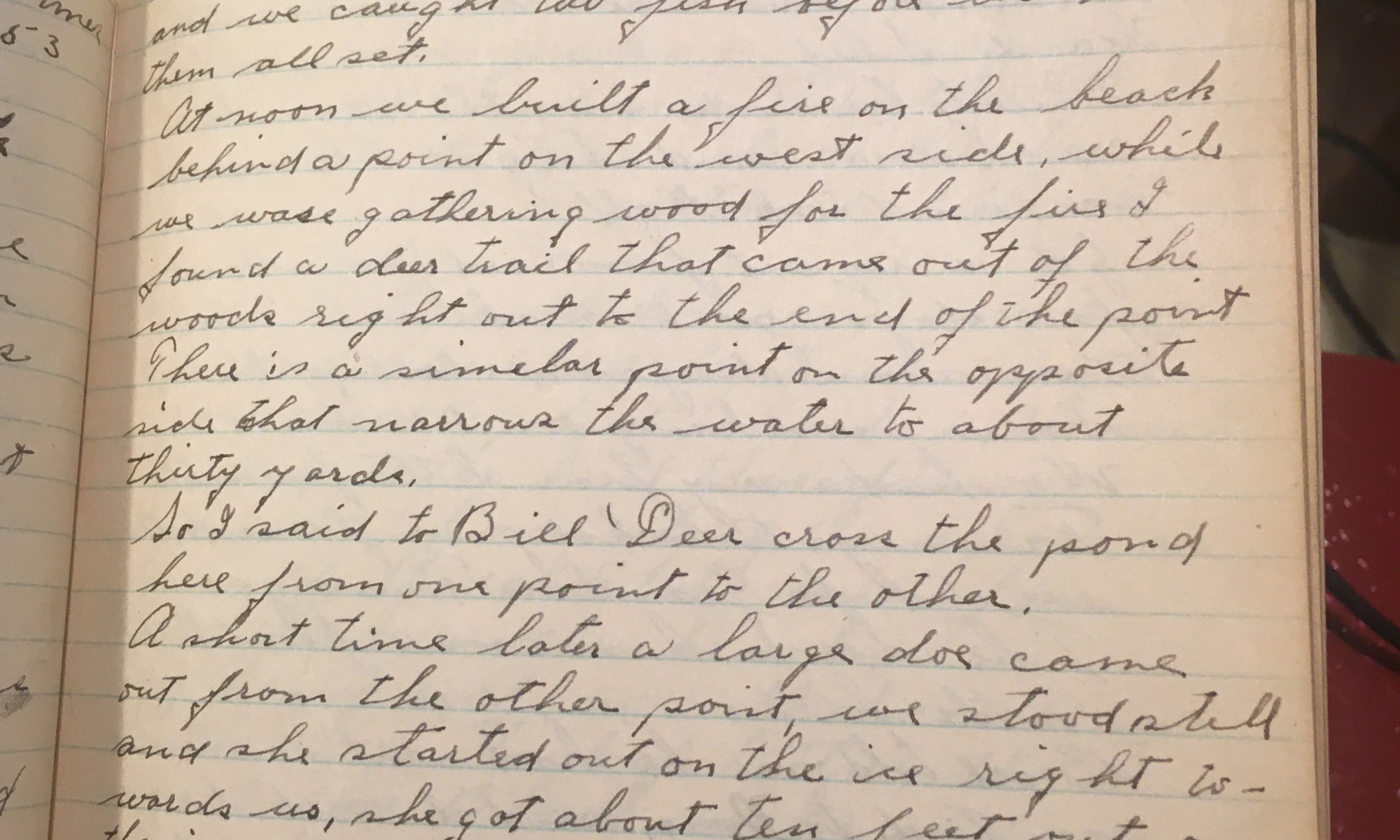 Bill Whiting called me up to see if I would go pickerel fishing, I told him O.K. He came up here at 9 A.M. and we went to White Island Pond. We went to the second narrows and put in ten traps and we caught two fish before we had them all set.

At noon we built a fire on the beach behind a point on the west side, while we were gathering wood for the fire I found a deer trail that came out of the woods right out to the end of the point. There is a similar point on the opposite side that narrows the water to about thirty yards.

So I said to Bill, Deer cross the pond here from one point to the other.

A short time later a large doe came out from the other point, we stood still and she started out on the ice right towards us, she got about ten feet out on the ice and fell down sprawling and had a terrible time getting to shore, she fell three times in all.

Here’s a believe it or not, Bill hauled up one of the lines to look at the bait and then called me over to see something that was hard to believe, our bait was about three inches long and it had in its a mouth a little red perch about an inch long.