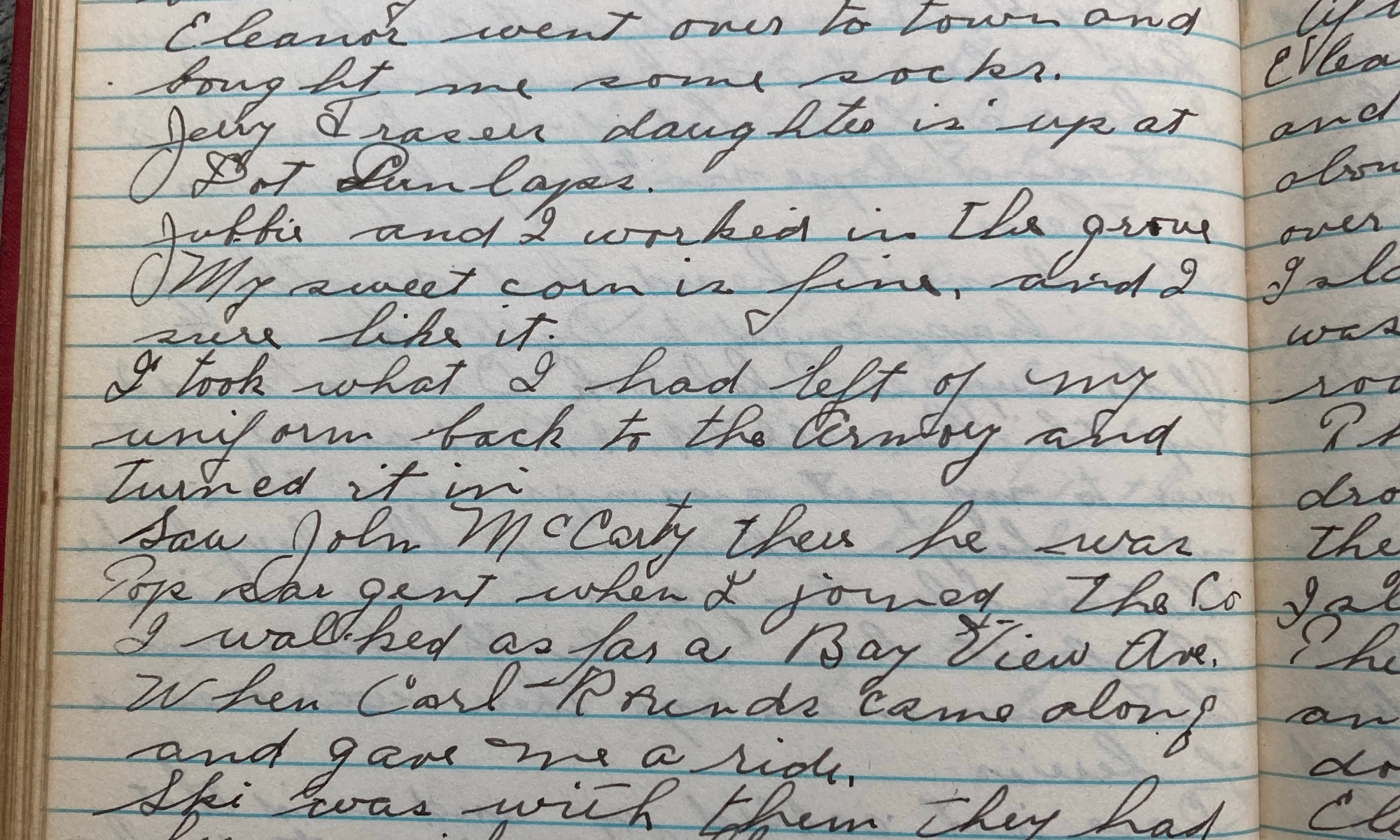 Saw a dead rabbit by Picks, some car had killed and a live one on the front drive.

Eleanor went over to town and bought me some socks.

Jerry Fraser’s daughter is up at Dot Dunlaps.

Jubbie and I worked in the grove.

My sweet corn is fine and I sure like it.

I took what I had left of my uniform back to the armory and turned it in.

Saw John McCarty there, he was Top Sargeant when I joined the Co.

I walked as far as Bay View Ave when Carl Rounds came along and gave me a ride.

Ski was with him, they had been picking blue berries. Ski got about 2 quarts.