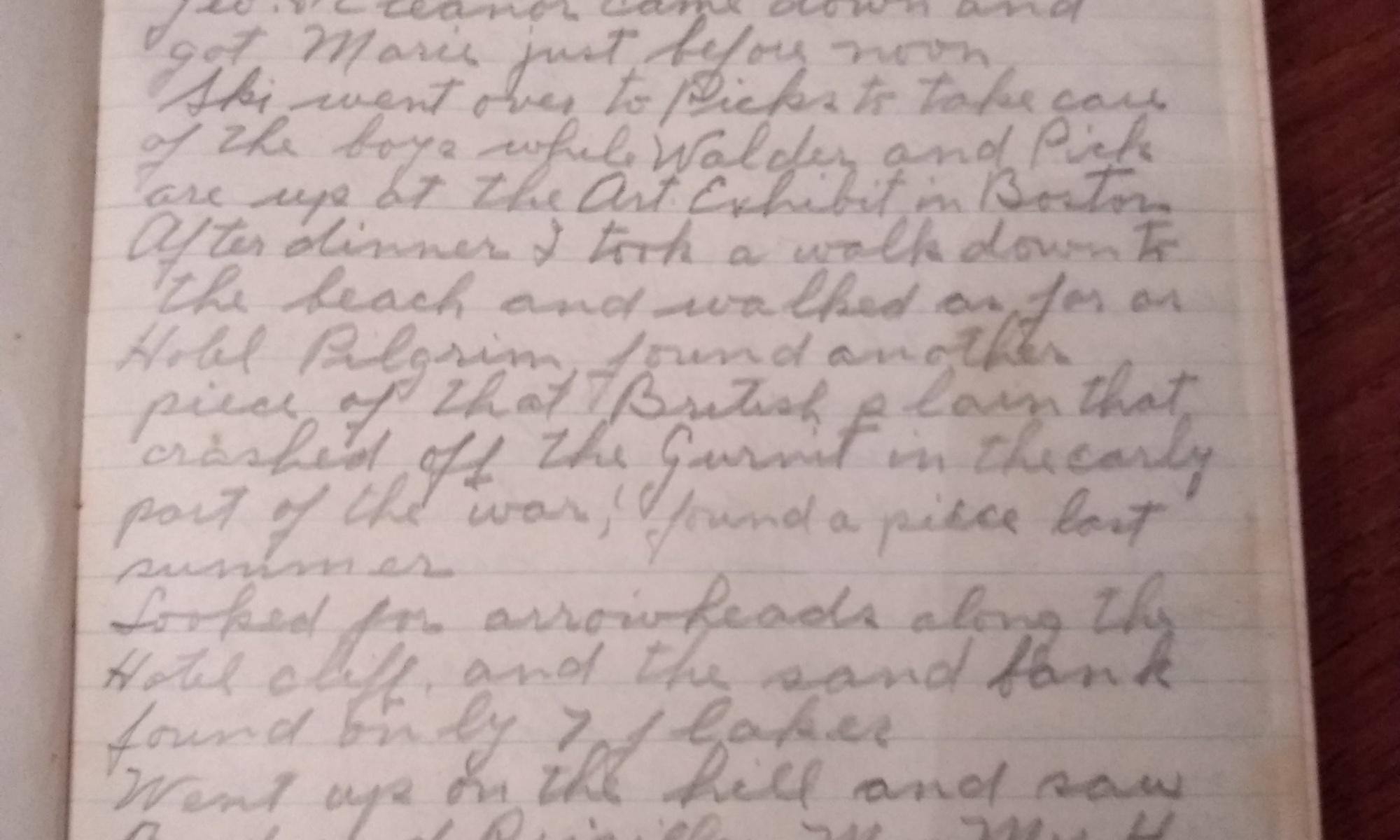 Fair and not very cold.

Went up on the hill this A.M. All in bed.

From there I went over to the store and got the newspaper.

George and I came down and got Marie just before noon.

Ski went over to Picks to take care of the boys while Walder and Pick are up at the art exhibit in Boston.

After dinner I took a walk down to the beach and walked on as far as Hotel Pilgrim, found another piece of that British plane that crashed off the Gurnet in the early part of the war.  I found a piece last summer.

Looked for arrowheads along the Hotel cliff and the sand bank found only 7 flakes.

Went up on the hill and saw Bud and Priscilla. Mr. and Mrs. H, Richard Greenwood and Rickey and Mr.and Mrs. Geo. Crowell.

Bud says he is going to locate in Chicago after he is discharged. Mrs. H. gave me some snapshots she took of the river after the big gale.