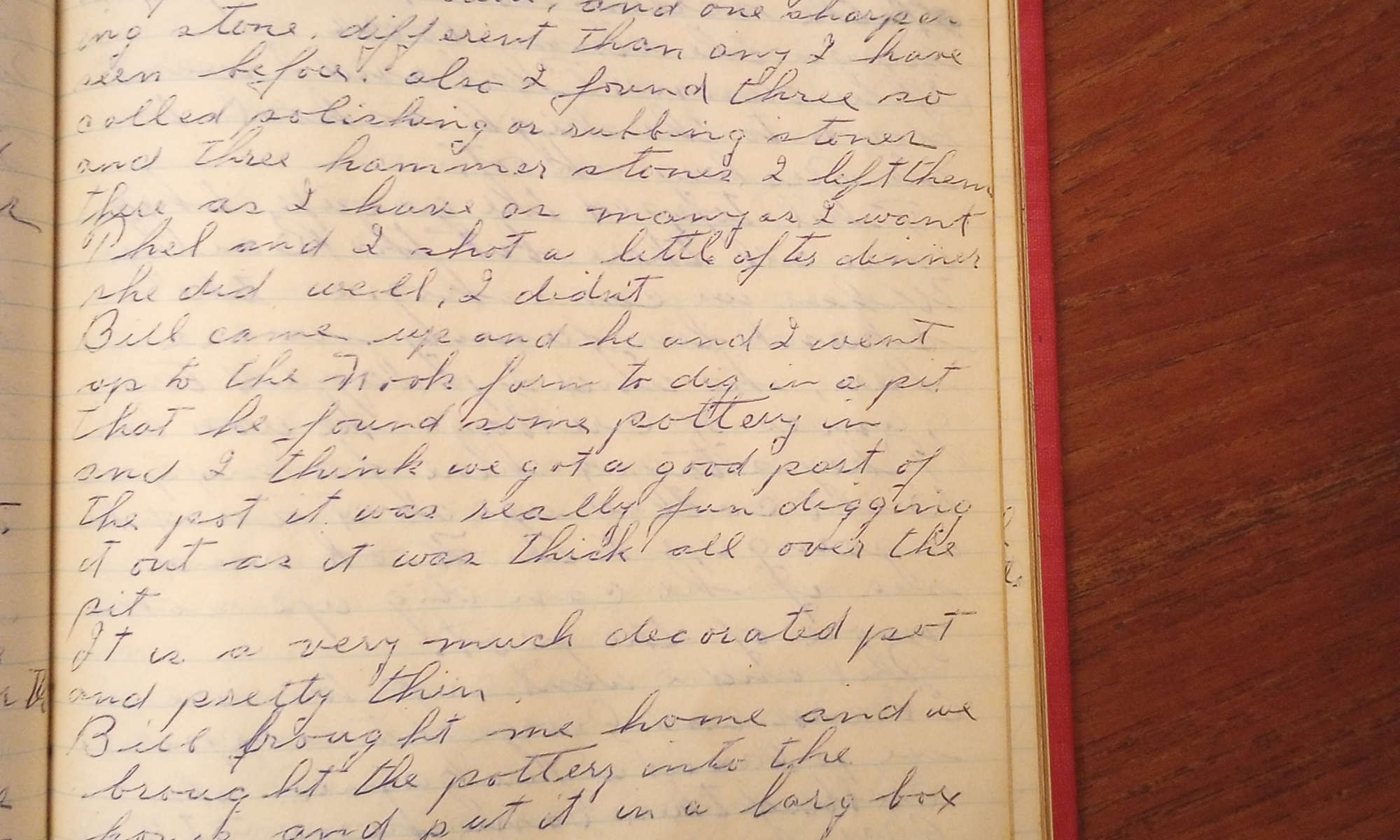 This morning I got a ride over as far as the nook and I hunted 2 ½ hours on the upper plowing, and I found two fair arrowheads, and one sharpening stone different than any I have ever seen before.  Also I found three so called polishing or rubbing stones and three hammer stones.  I left them there, as I have as many as I want.

Thel and I shot a little after dinner.  She did well, I didn’t.

Bill came up and he and I went up to the Nook farm to dig in a pit that he found some pottery in, and I think we got a good part of the pot.  It was really fun digging it out as it was thick all over the pit.

It is a very decorated pot and pretty thin.

Bill brought me home and we brought the pottery into the house and put it in a large gox to be dried out.

Bill feels pretty happy about his pottery. I hope there is enough of it to make it look like something.